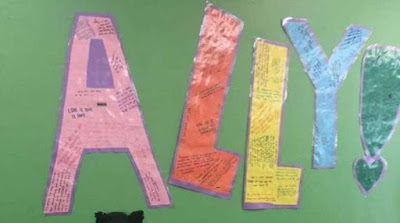 TAMPA, Fla. — A religious liberties organization has submitted a letter of complaint to a school district in Florida after being contacted by parents who say that their child’s math teacher is promoting homosexual advocacy in the classroom. The teacher denies any wrongdoing.

Attorneys with Liberty Counsel wrote to Hillsborough County Superintendent Jeff Eakins on April 19 to express concern about Riverview High School teacher Lora Jane Reidas, who identifies as a lesbian. They advised that they had received reports that three children in Reidas’ classroom had been prohibited from wearing crucifixes because they could be considered to be “gang symbols” and “disrespectful.”

It provided a photograph of one of the crucifix pendants.

Meanwhile, according to additional photographs provided to the organization by parents, Reidas has decorated her classroom with various homosexual advocacy material, including buttons on her desk that read “I Love My LGBT Students” and “Safe Schools for All” in promotion of the Gay, Lesbian and Straight Education Network (GLSEN).