All Five SC Republicans in US House vote to Fund Planned Parenthood, Not Border Wall 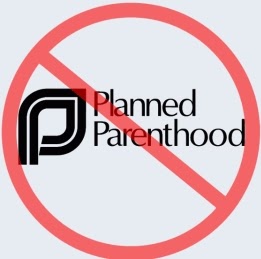 Christians for Life and Liberty
Columbia, SC
May 1, 2017

(CNSNews.com) - President Donald Trump signed the first federal spending law of his administration yesterday, a one-week extension of the spending law signed by President Barack Obama in December that was set to expire last night.

The law Trump signed permits funding of Planned Parenthood but not for a border wall.During his presidential campaign, then-candidate Trump vowed to build a wall on the U.S.-Mexico border and to defund Planned Parenthood so long as it continues to provide abortions.

This spending law, as signed by President Trump, continues federal funding at current levels and for current programs for just one week.

“This resolution will ensure that the government stays open for another week, until May 5, 2017, to give Congress additional time,” House Appropriations Chairman Rodney Frelinghuysen (R.-N.J.) explained on the House floor on Friday.

“It continues all policy and funding provisions in the currently enacted continuing resolution,” Frelinghuysen said.