Education from and to: The Revision Of History 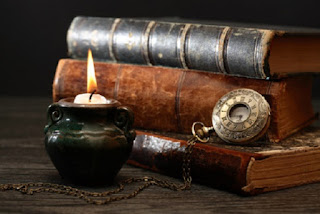 By Dr. Joe Renfro - Posted at The Christian Observer:

The meaning of history in contemporary American education has changed from what it once was to becoming a form learning directed toward developing minds into a thinking which is in accord with what many want to happen. Change has been escalating in American education in the past fifty years, as the grappling fingers of liberalism has for the most part has transformed education from the earliest grades on through college with the progressive revision of the subject of history. David L. Goetsch in a Patriot Update article in January 27, 2015 rightly wrote that: “Liberals are rewriting America’s history to create a past that does not exist and to eradicate the one the does.”

However, Karl Marx, whose family converted from Judaism to Christianity when Karl was six missed the message of history, that it is being determined by God. He created a revision of history that depended on what he esteemed to be the historical materialism. History to Marx was determined by class struggles moving through historical material on to socialism and ultimately the utopia of communism. The liberal and progressive thinking that is being indoctrinated into our society to a great extent through our public schools and the educational establishment, as fits in very well with the Marxian thinking!

Goetsch rightly observed that: “Our Founders had a vision for America that runs counter to the vision of today’s liberals in all respects. It was a vision of self-government by free people who were willing to govern themselves so that government did not have to. It was a vision of personal responsibility, individual liberty, free markets, and limited government.” This is why liberals are rewriting history, for the understanding of history as it once was understood is antiquated to them. A new vantage focus is developing to comport with the left’s agenda of big government, burdensome regulations, entitlement, statism, and lifelong dependence.” Big brother is no longer just watching you, but he wishes to determine what you think.

The Patriot Update article went on to say: “The Founders sacrificed dearly to establish a nation based on their vision. Their founding principles—personal responsibility, individual liberty, free markets, and limited government—are difficult to square with the future today’s liberals envision for America.”