Marriage Unravels With Barely a Whimper of Protest 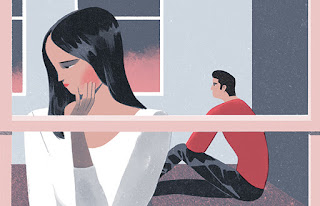 As we agree that widespread divorce is destructive, we can also point out that the culture’s answer, cohabitation, offers no solution to that problem. If anything, living together before marriage makes the problem worse.


On June 26, 2015, the Supreme Court handed down its decision in Obergefell v. Hodges, and same-sex marriage became the law of the land. Various Christian leaders described themselves as grieved, troubled, and sobered by the decision. They characterized it as a tragic error and an assault on marriage. Properly so, for in a 28-page opinion, a bare majority of five justices to four overturned the millennia-old understanding that marriage is between one man and one woman.

Yet one could argue that another trend in our culture has done more to undermine the institution of marriage, with far less vocal protest from the Church: the practice of premarital cohabitation. Consider, for example, that Gallup estimates that in the year after Obergefell v. Hodges, 123,000 same-sex marriages took place, less than six percent of all marriages solemnized in the United States. By contrast, a study conducted by the Barna Group in April 2016 found that 57 percent of adults either were currently or had previously lived together outside of marriage, including 48 percent of practicing Christians. The study also found widespread popular support for the practice — 65 percent of adults agreed that it is a good idea, including 41 percent of practicing Christians.

The number of cohabiting couples has increased from 439,000 in 1960 to 8,075,000 in 2016, according to the Census Bureau, an increase of more than 1,739 percent. Barna editor-in-chief Roxanne Stone observes that America has passed the tipping point concerning cohabitation.

“Living together before marriage is no longer an exception,” she notes, “but instead has become an accepted and expected milestone of adulthood.” In their book “Living Together: Myths, Risks and Answers,” Mike and Harriet McManus write, “Without debate or public notice, and with too little dismay or concern voiced even by the church, living together has become the dominant way American couples start their life together.”