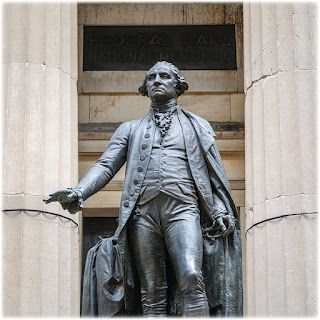 There is no evidence to support the notion of atheists, agnostics, secularists, and the irreligious that America was founded upon secular principles. Just the opposite is true! In fact, thousands of pieces of evidence exist that affirms the fact that America was founded by Christians upon the principles of the Bible. Rewriting America’s history and inundating the public with misinformation have been the weapons of choice for those seeking to place America under the tyrannical heel of atheism and irreligion.

Among the thousands of pieces of evidence that demonstrate America’s Christian origin is the first presidential inauguration of George Washington, officiated April 30, 1789. The events chronicled in the following paragraphs will convince the most judicious and candid readers of the Christian intent of American’s Founding Fathers. Given the fact that they were so forthright with regard to their Christian faith in one of the most important moments of American political life, there can be no doubt of their commitment in other areas as well—including both state and federal levels.