4 Dangerous Lies That Are Destroying Christians 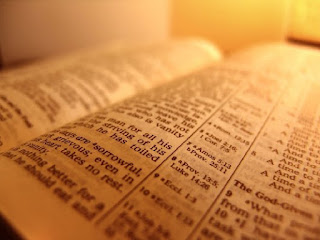 The Apostle Paul warned the young pastor Timothy that a "time is coming when people will not endure sound teaching, but having itching ears will accumulate for themselves teachers to suit their own passions, and will turn away from listening to the truth" (2 Timothy 4:3-4). Time and time again, Paul's divinely inspired statement has been proven true during the intervening two millennia. The twenty-first century is no exception. Below are four of the most treacherous teachings tickling the ears of professing Christians who do "not endure sound teaching." Sadly, there are many more than four, but this list represents a cross-section of the most prevalent and damnable heresies perverting the Gospel of Jesus Christ today.

4. Universalism
According to those who subscribe to universalism, all humans will one day be reconciled to God. Violating the Bible's teaching on eternal punishment, the nature of God's justice, and salvation, to name three, universalists deny that God will condemn humans who rebel against Him to hell. Instead, they say God will extend grace and mercy to all humans and will welcome all into His eternal Kingdom. All of that blatantly contradicts the Bible.

The basic story of the Bible is simple: God made everything and humans rebelled against God. While pronouncing curses/judgment on the earth because of sin, God graciously promised to send a redeemer. Jesus took on the form of human flesh, lived a life of perfect obedience, died as the punishment for the sins of his people, and then rose from the dead. Currently sitting at the right hand of God the Father, Jesus will one day return to reward those who placed their faith in him. Those who refuse to bow the knee in faith before Jesus will hear him say, "Depart from me, you cursed, into the eternal fire prepared for the devil and his angels" (Matthew 25:41).