The Too Visible Church 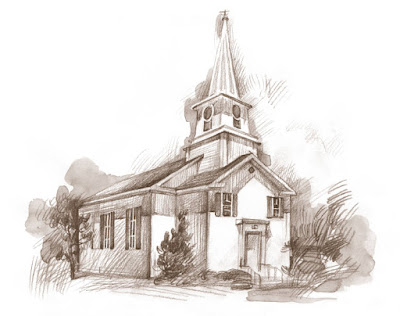 Yet I wonder if in our day and age the church may be too visible?

Churches today seem to be vying to be THE ONE SEEN. Almost every community in our land now has one or more churches with a huge megaplex campus that rivals the local mall, with signs all over pointing to it. Given the slick advertisements in magazines, newspaper inserts, radio, television, etc., the promotional line in many congregational budgets must equal, oh let’s say, the salary of one or two small church pastors. Pastors (here I warn myself) use social media and write blogs, which can serve an edifying purpose, but can also be a huge temptation just to be heard and seen by others (“How many Likes do I have? How many hits did that post get?”). This time of year sees churches seemingly trying to outdo one another’s Christmas pageant or nativity scene, with more special musicians or more live animals than the church down the street. Like the last two kids in musical chairs fighting for the final seat, churches seem to be scrambling hard to sit in the chief seat. Perhaps we have forgotten what Jesus said about it (Luke 20:46-47)?

And it is not just the big-time churches trying to get in on the action. I recall a billboard in the town of my former pastorate on the main highway on the east side. A congregation of no more than two hundred in the community had a huge picture of their two pastors dressed in white shirts and pants, leaning back-to-back with their arms crossed, smiling cheesily down at every passing motorist. I do not recall the goal of the billboard. All I know was that it gave me the creeps and tempted me to speed to get past it.