The False Witness and the Sworn Confession of Guilt 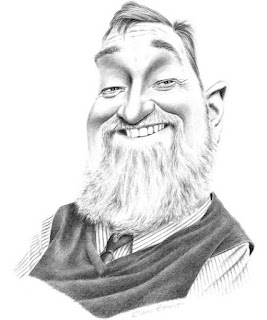 In February 2005 Jamin Wight delivered a written confession of the crimes he committed against Natalie Greenfield to her father. Six months later, on August 15, 2015, Jamin Wight swore an oath before at least four eyewitnesses — including Douglas Wilson — that his written confession was “true and accurate.” Jamin Wight did all of it. Six months later, on February 14, 2006, the State of Idaho served notice to Doug Wilson that the prosecution intended to compel him to testify against Jamin Wight in his criminal trial for lewd & lascivious conduct with a child. The State wanted the jury to hear Doug Wilson’s eyewitness testimony regarding Jamin Wight’s sworn confession of guilt.

The State pinned Jamin Wight with his written confession and his sworn oath. The State also pinned Doug Wilson. He could not claim pastoral confidentiality; he had to testify in open court against his ministerial student. Neither the perp nor the pastor had any way out — save a plea bargain — and neither had a defense. They could not argue that Jamin Wight’s 14-year-old victim “consented” to her abuse because Idaho code denies that a child can consent to sexual conduct and Idaho code defines a child as anyone under the age of 16: “It is well settled in the State of Idaho that consent is not a defense to the crimes of Sexual Abuse of a child Under the Age of Sixteen (Idaho Code 18-1506) or Lewd and Lascivious Conduct with a Child Under Sixteen Years of Age (Idaho Code 18-1508). . .”1 To be clear, the defense could not argue that Natalie consented to her abuse any more than Team Sitler could argue that his victims consented to their abuse because it is legally impossible for a child to consent.