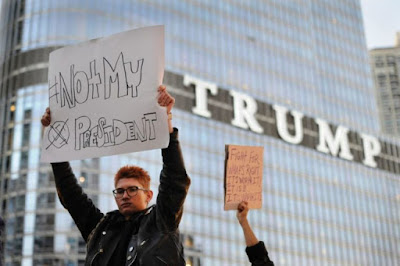 We were warned. I feel like it was over and over again. Pastor after pastor told us that if politics becomes an idol in our heart that those who don’t agree with us will slowly become the enemy. We were told that when we put our hopes and trust in the one who sits in the Oval Office and into avoiding persecution and holding on to religious freedom then when people speak out with opposing views from us we will despise them and treat them like an enemy.

And yet despite the warning, many of us in the church have raised the idol. Many in the church have worshipped at the feet of this idol and are simply overjoyed that this idol seems to have produced results. And the mocking has begun. My Facebook is filled with comments about snowflakes, hypocrites and lefties who supposedly are so evil and so despicable that they need to be ridiculed for their tears. The problem is that these snowflakes we’re mocking are my mission field. I talk to so many of them on a weekly basis. Despite Scripture’s warnings about letting no unwholesome words out of our mouths, and only using words that are able to build others up (Eph. 4:29), we think that because some wanted to push abortion and gay marriage that we’re allowed to speak of them any way we choose.

Far too many people have lost their eternal perspective. Although being thankful for religious freedom and lower taxes is not wrong, when we mock those in opposition we show that we have exchanged treasure in heaven for some chump change on earth. (Matt. 6:19)