By Sunny Shell - Posted at Abandoned to Christ: 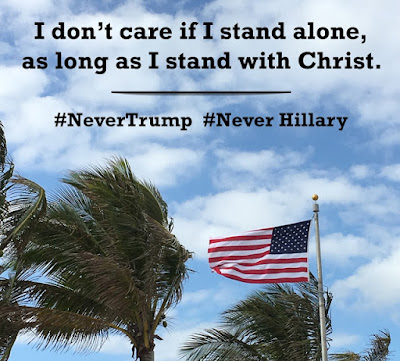 I've never written much on politics before, but this will be my fifth article on the 2016 Election.

The reason I've written these articles on the 2016 Election is because of the grave effect its had on my brothers and sisters in Christ. This is the first election I can recall in my 47 years, that has caused such strong fear and deep division among Christians. And honestly, I'm quite perplexed by it all. I'm grieved to the core about how fearful many Christians have become. I'm heartbroken over the self-preservation that's overtaken so many saints in Christ, that they're willing...no, more than willing...they are fully committed to sacrifice biblical precepts and mandates to save their personal agendas and interests.