Religious Liberty and the Fracturing of Civil Society 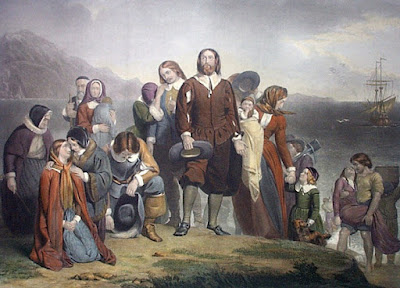 By Andrew T. Walker - Posted at The Public Discourse:

The first lesson in civics received by most children in America is that America is a great “melting pot,” or perhaps a large patterned quilt sewn together with many unique squares. These images are meant to convey the essence of America’s motto: E pluribus unum (“out of many, one”).

American children are also taught that our country came to be thanks to a faithful, dissenting remnant—the Pilgrims—who sought political asylum and religious freedom. People traveled thousands of miles in order to create a political society where religious exercise was at the center. However inconsistent America’s earliest religious dissenters may have been in extending the freedom of dissent to others, religious freedom was woven into our nation’s earliest beginnings.

Protecting religious dissent is at the foundation of America’s history and constitutional legacy. As Madison and Adams argued, religion is prior to the claims of the state. It provides the grounding for democracy necessary for ordered liberty. And if religion is prior to the state, its importance looms larger than the state’s reach. This understanding wasn’t a secondary feature to America: it was, arguably, its distinguishing feature. Seen in this light, the Constitution didn’t bequeath religious liberty. Rather, religious liberty helped bequeath a penumbra of other rights that are enshrined in our Constitution.