France is running out of options…and so is the West 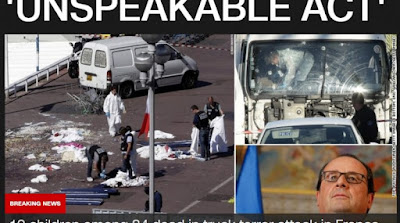 I watched the live news reports of the slaughter of French in Nice on CNN Live.

It was horrific. And I did not see the murder itself. Just hearing about it live from eye-witnesses was enough to draw tears.

But as they were interviewing their local reporting affiliates, I was able to pause the stream (on youtube) and take salient notes (from by Facebook feed):

CNN live French reporter, Christiane Amanpore: “this has been a pattern…that the police know them as petty criminals but not as jihadists.”...