U.S. at Easter: Ignore the Muslim Slaughter of Over 10,000 Christians and Destruction of 13,000 Churches in Nigeria 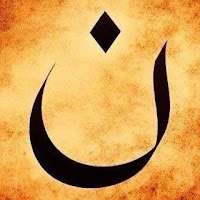 Boko Haram, the Nigerian Islamic extremist group, has killed more people in the name of jihad than the Islamic State (ISIS), according to the findings of a new report. Since 2000, when twelve Northern Nigerian states began implementing or more fully enforcing Islamic law, or Sharia, “between 9,000 to 11,500 Christians” have been killed. This is “a conservative estimate.”

In addition, “1.3 million Christians have become internally displaced or forced to relocate elsewhere,” and “13,000 churches have been closed or destroyed altogether.” Countless “thousands of Christian businesses, houses and other property have been destroyed.”

The report alludes to a number of other factors that connect the growth of the Nigerian jihad to the growth of the global jihad. The rise of anti-Christian, Islamic supremacism “did not emerge in Northern Nigeria until the 1980s, when Nigerian scholars and students returned from Arabic countries influenced by Wahhabi and Salafist teaching. Each year, thousands of West African Muslims get free scholarships to pursue their studies in the Sunni Arab countries; this has had a major impact on Nigerian culture.”

This “major impact” is not limited to Nigeria. Saudi Arabia annually spends over $100 billion disseminating “Wahhabi and Salafist teaching”—or what growing numbers of Muslims refer to as “true Islam”—including through European and American mosques. Behind the radicalization of ISIS, Boko Haram, and Lone Wolf jihadis stand America’s best Muslim friends and allies.