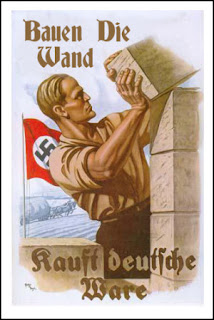 Posted at The Apologetics Group:

The following was written by Scott Lively – author, attorney, activist and former independent candidate for Governor of Massachusetts in the 2014 election.

To start with I’m not endorsing anybody. I believe America has been under judgment since SCOTUS ruled in Everson v Board of Education (1947) that Jefferson’s “Separation of Church and State” metaphor had become the constitutional law of the land, effectively de-throning the God of Heaven and claiming the power in itself to put God (and everything worshipped as God ) under its own feet. We’ve seen steady moral and social degeneration of the nation ever since, except for a brief semi-revival under Reagan.

Our presidential candidates and most of the congressional ones have been chosen for us by the elites, and each crop of them has been a steadily less palatable assortment of “lesser of two evils.” None of them except Reagan took back a single foot of ground on the cultural battlefield while in office on this long march to serfdom.

Under Obama, Cameron, Merkle, Pope Francis and other co-conspirators, the globalists have clearly begun making their final move to a one-world government, using George Soros’ “open borders” strategy and flooding the US and EU with third-world immigrants to destabilize and weaken national resistance, while simultaneously setting up a system of global taxation and control under the guise of a bogus “climate change” crisis. (Comment by Eric: I will mildly object to this last point insofar as I personally do believe in anthropogenic climate change. Whether it has reached a degree that can truly be called a “crisis” is debatable, but we would be wise to play it safe and take proper steps to address it. However, I completely agree that the problem is being hijacked by the elitist/globalist/Baalist cabal as a wedge issue with which to advance their agenda.)

The moral fabric of the targeted nations has also been severely compromised by the oppression of our natural family social foundation through the facilitation of LGBT supremacy.

The Obergefell “gay marriage” case was the coup-de-grace in the United States, rendering the generation-old “value voting” strategy of the conservative movement totally moot — showing that a handful of globalist federal judges could nullify our every accomplishment, no matter how dearly bought in time and treasure nor how widely supported in the public.

The nation was flooded with perversion within, while already being flooded with third-world invaders from without.

What occurred then, both in the US and EU was the rise of the “silent majority,” that mass of humanity whom we have always claimed to be people who share our Biblical values, but in actuality seek their own personal self-interest first, however they may perceive it. Many of them likely share our concern for family values, but that’s obviously not what motivates them — or they would have joined us long ago in the culture war.

And so here in the US (and in the EU — especially re the Brexit vote and Eastern European border closings) we have watched the emergence of populist nationalism on the right grow like yeast in a lump of bread dough until it overflows the top of the pan — while “social justice” Communism has done precisely the same on the left.