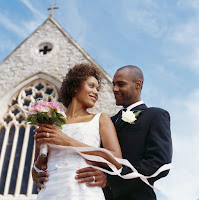 NASHVILLE (BP) -- Pastor Protection Acts adopted in multiple states and under consideration in others seek to protect the right of ministers not to perform same-sex weddings. But the bills have drawn mixed reviews from religious liberty proponents.

Three state legislators who have served as Southern Baptist ministers told Baptist Press that Pastor Protection Acts are helpful even though they should be supplemented by broader guarantees of religious liberty in the wake of the U.S. Supreme Court's legalization of same-sex marriage.

Roger Severino of The Heritage Foundation, a conservative think tank, told BP that Pastor Protection Acts "make doubly clear" that First Amendment guarantees of free speech and freedom of religion apply to clergy, yet the bills are "of limited value" because they tend to stop short of addressing "the real threat" -- discrimination against believers who stand for traditional marriage in government roles and private business dealings.