Refugee “Women and Children”: Some Are Working for ISIS 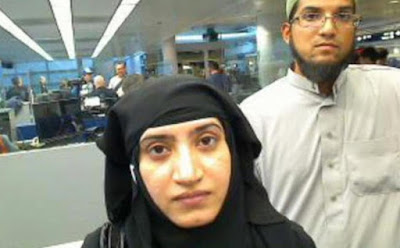 Editor’s note: The following account was written for RaymondIbrahim.com by an American teacher in the Muslim world.

I recently called a relative in the USA to get her view of the current republican and democratic primaries. Our conversation quickly turned to Islam and its existential threat to the free world and I was happy to see that she clearly understands the dangers posed by the so-called “religion of peace”. When I asked about her neighbors thoughts on Obama’s plan to bring in more Muslim refugees from Syria into the USA, she answered that most people she knew were against the idea, but that there was still a substantial number of individuals that agreed with the President. She said that they pitied the poor women and children they saw on our major news networks and fell for Obama’s narrative that those women and children are no more a danger to our lives than ordinary tourists.

Sadly, those people are being very naïve regarding the dangers Muslim women and children can pose to our families and communities. If the example of the San Bernardino massacre is not enough to demonstrate that Muslim women can be as effective in killing innocent people as any Muslim man, maybe the recent events in Libya will help them get a better grip on reality.