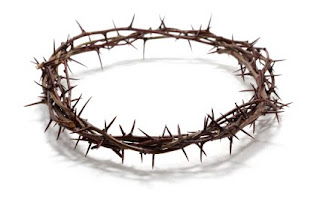 (Voice of the Persecuted) On Monday night, the House voted to pass a resolution declaring the Islamic State to be committing genocide against Christians and other religious minorities in the Middle East. The resolution passed 383-0, which many are calling a miracle! To all who have prayed, Thank you.


“What is happening in Iraq and Syria is a deliberate, systematic targeting of religious and ethnic minorities. Today, the House unanimously voted to call ISIS’s atrocities what they are: a genocide. We also will continue to offer our prayers for the persecuted.”

Christians are also severely persecuted by ISIS and other Islamic radicals globally. They have been on a religious cleansing mission to eradicate Christianity in their quest for a purely Islamic Empire, ‘Caliphate’. In June 2014, The city of Mosul had fallen under the control of the jihadists. Then, the call for Christians to leave rang out through loudspeakers in the city. The reason, the bishops rejected conditions being forced by ISIS to dictate terms to the Christians. The jihadists gave them an ultimatum, ‘Convert to Islam, pay an expensive religious tax (jizyah) or die’. The Arabic letter “N” for Nasrani (Christians) was marked on the doors of their houses to show they had seized the property belonging to the Islamic state. The Christians were told, “There is no place for Christians in the Islamic state”. An exodus began and in 24 hours 100,000 Christians to fled from Mosul. Almost two months later, the jihadi militias conquered many cities and villages in the Nineveh Plain, causing the flight of tens of thousands of Christians.