By Rev. Harry Reeder - Posted at In Perspective: 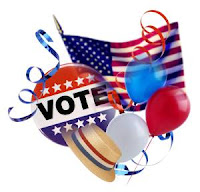 I was going to wait and write this blog in the fall in preparation for the general election. But, in light of the multitude of questions concerning how to vote in our regional elections as well as the Presidential primaries, I’ve decided to post a distillation of my answer to these inquiries. When it comes to politics, the most frequently asked question is “who are you going to vote for?” As a pastor I seldom answer that question. I prefer answering another question which equips people to not simply know how to vote in one election but how to evaluate voting in any election. Therefore, the more crucial question is “how should I, as a Christian, prepare to vote with prayerful deliberation and wisdom?”

Given the position I have taken (for multiple reasons) to not publicly endorse candidates, I feel it is important to pastorally share a Biblical process by which candidates for public office should be evaluated. So, in light of the multiple texts in God’s Word designed to guide us in evaluating leaders in general and civil magistrates (public officials) in particular, I thought it best to give a brief distillation consisting of a five-fold paradigm to prayerfully make a decision in exercising the providential blessing, duty and privilege to vote for elected officials.