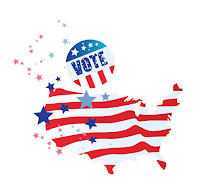 Posted at the Barna Group:

Faith, in a stunning variety of manifestations, has become a focal point of the 2016 presidential election. Virtually every major candidate in both parties has engaged in conversations about their own faith and that of the nation. Several candidates have made their faith a central component of their campaigns. Faith leaders from across the country have been endorsing candidates or commenting on their positions related to critical issues. Even the Pope has been dragged into the contest!

But how do people from different faith groups in the US respond to the presidential race? That is one of the central questions addressed in the first of a series of nationwide surveys undertaken by the Barna Group.

The survey found that the widely-reported gaps in candidate preference based on party affiliation, political ideology, race, and age are not the only schisms making the 2016 campaign such fascinating political theater. According to Barna’s data, the five unique personal faith segments in America – evangelicals, non-evangelical born again Christian, notional Christians, people associated with non-Christian faiths, and religious skeptics – hold substantially different attitudes and candidate preferences.

People of Faith and the Nomination Race

After the votes were tallied in the first three primary states, the slate of candidates still seeking the GOP nomination has been sliced from the original 17 hopefuls to five. Voters’ impressions and preferences regarding those candidates varied across the various faith groups studied.

Survey respondents were asked to indicate their impression of each candidate. Using the endpoints of the scale (i.e., very favorable and very unfavorable), the difference between the two percentages provides a “net” score1. (For example, if 23% of people indicated their impression of a candidate as “very unfavorable,” while 25% of people indicated “very favorable” for the same candidate, the net score would be plus 2).

Those net scores show how divided the nation is – and how dissatisfied Americans are with the quality of the candidates running for the presidency. Among all US registered voters, not a single candidate had a positive net score – meaning that each candidate generated a higher number of “very unfavorable” than “very favorable” opinions. The best net favorability scores were accorded to Bernie Sanders (net minus 7), and Marco Rubio (net minus 9). At the other end of the spectrum, the worst net favorable ratings were awarded to Donald Trump (net minus 32) and Ted Cruz (net minus 20).