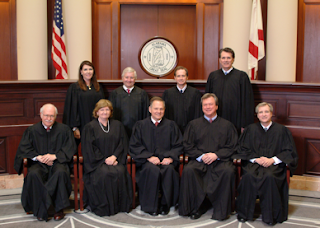 MONTGOMERY, Ala. — While expressing reluctance and issuing sharp rebukes against the nation’s highest court, the Alabama Supreme Court on Friday unanimously dismissed pleas from family groups who requested that the court defy the U.S. Supreme Court’s ruling on same-sex “marriage.”

Alabama Policy Institute and Alabama Citizens Action Program had filed requests with the court, as well as Elmore County Probate Judge John Enslen, asking that it uphold the state’s ban on same-sex nuptials.

“It is ordered that all pending motions and petitions are dismissed,” the court wrote in its unanimous order, with separate concurring opinions being released by the justices.