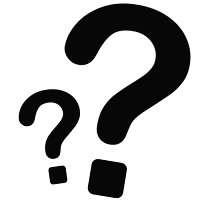 A few weeks ago I wrote a post titled “Consider the possibility that the reason you aren’t going to church has to do with your sins.” It has received much more attention than I anticipated. In one of the comments someone who didn’t like the post stated the following:

The stories I read from David Kinnaman in “You Lost Me” suggest that the top reasons an entire generation of young people are leaving the church are only tangentially sin-related: (1) overprotective – make one mistake and you’re no longer perfect (2) shallow – nothing ever goes deep (3) anti-science – the church isn’t interest in the truth that agrees with the facts (4) repressive – the church isn’t capable of dealing with the reality of the world (5) exclusive – the “if you’re not with us you’re against us” mindset (6) doubtless – if one comes to question anything then it’s viewed as faithlessness so there’s no middle ground.

Sin is little more than a red herring at this point – focus on this scratch in the surface rather than repairing the gaping chasm next to it as if it’ll make everything good as new.


Should I write a post on sin as the reason for why people leave the church?