Risen: Movies, Faith, and the Bible 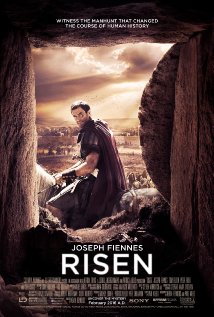 There's an old saying you're probably familiar with: “All that glitters is not gold.” It's an idiomatic reminder that appearances are not everything and often do not reveal the true nature of a thing. To be honest, that's often how I feel when Hollywood tries to put the Bible on the silver screen. It may glitter but it certainly isn't gold! Recent adaptations—actually, it's probably more accurate to say recent rewrites—like that of Noah and Exodus: Gods and Kings, are a painful reminder of that. Not only have they been box office flops but they have failed entirely in biblical accuracy. Despite the repeated failures of Hollywood I will admit my interest was piqued with headlines of the recently released movie, Risen.

As an unofficial sequel to Mel Gibson's blockbuster The Passion of the Christ, this recent release looks at the story of the resurrection from the perspective of a skeptic. Like a detective mystery set in ancient times, the movie centers around a Roman soldier named Clavius and his aide, a young and zealous soldier named Lucius, as they are tasked by Pontius Pilate to investigate the whereabouts of Jesus' body. Critics are divided, but audiences seem to appreciate this unique faith-based biblical epic.

The resurrection is at the very heart of the message of the gospel. The Apostle Paul emphasized this when he said: “And if Christ has not been raised, your faith is futile” (1 Corinthians 15:17). So, as a Christian and one who loves movies, I cannot help but wonder if this movie is a friend or foe to that message. Now, for the sake of full disclosure I'll admit I haven't seen the movie. Nor do I plan to. While that probably means I cannot offer a scene-by-scene review—which is fine by me—it doesn't mean I can't think biblically about the approach, method, and value of a movie like this. And from that perspective I think there's enough to warrant a note of caution to would-be moviegoers.