By Tom Nichols - Posted at The Federalist:

Never before have so many historically well-off people felt themselves so economically deprived. 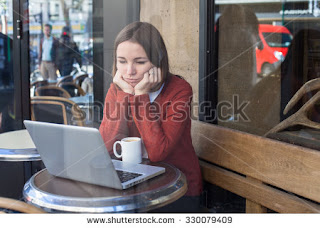 I blame a lot of people for Donald Trump. (Mostly, I blame Donald Trump.) “Trumpism,” insofar as we can call it a movement, is the product of many social forces. Some of the anger that propels Trump is a reaction to political correctness and elitist condescension; some an irrational, even racist, fear of changing demographics; some understandable rage at the painful and disparate impact of globalization. And some of it is just the lousy luck that 16 other Republicans, including a batch of no-hopers, all decided to run when Trump did.

But look past Trump’s public monkeyshines, and find one emotion that especially motivates his supporters: envy. Or, to use a more evocative French term, it is ressentiment, the need to blame others for one’s own frustration and circumstances.

Trump plays on this feeling, every day, promising to avenge the millions wronged by “the establishment,” whoever that is. (Trump, a stalwart of New York Democratic politics and a man who has made a career out of fleecing the gullible while impoverishing workers, is counting on the fact that his fans have no sense of irony.) Bernie Sanders uses the same shtick. In his party, too, it’s a winner.