Climate Change: Which Kind Are We Fighting For? 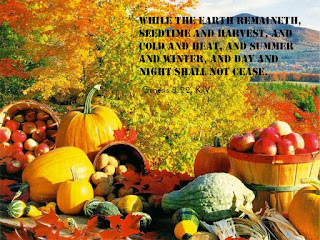 “Environmentalists say ‘Don’t use it.’ Conservationists say ‘Use it wisely.’” This maxim from my youth stuck; it was a favorite of the leader of my county’s soil and water conservation district. This week, when the pope visits Washington, D.C., you will no doubt hear many pleas to battle man-made global warming by limiting the use of fossil fuels. Christians who know their Bibles should be leery when leaders like President Obama and the pope endorse forced restrictions on the use of the earth’s resources – especially when more people will go hungry and perish as a result. God has not called us to embrace a “Don’t use it” or even a simply “Use it less” mindset.

God called Adam and Eve to the wise use of creation for the good of mankind and the glory of God when he said,


‘Be fruitful and multiply and fill the earth and subdue it and have dominion over the fish of the sea and over the birds of the heavens and over every living thing that moves on the earth.’ And God said, ‘Behold, I have given you every plant yielding seed that is on the face of all the earth, and every tree with seed in its fruit. You shall have them for food’ (Genesis 1:28-29).


As Dr. E. Calvin Beisner and his colleagues remind us, man-made global warming is almost certainly insignificant and unproblematic. They also highlight that efforts to fight it divert resources from other legitimate needs that the Lord calls us to meet. God has given us every plant yielding seed that is on the face of the earth for food. In the postdeluvian era, he has given us fossilized plants for fuel to bring forth more food from the earth. As we look to use these resources more and more wisely, mankind benefits, the creation is more faithfully stewarded, and the Lord who gave these gifts gets more glory.