Ferguson anniversary and the culture of suspicion 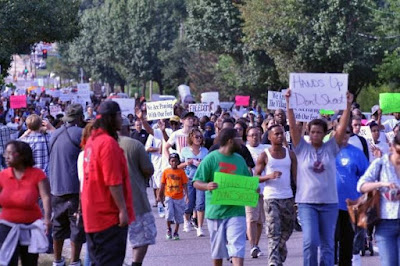 [Reprint from Examiner.com, December 31, 2014 as “Ferguson, New York and the culture of suspicion”]

"...The last fifty years is a history of growing division along many cultural and political fault lines in America. It suggests that one nation under God is really many cultures under many gods. And that is the breeding ground of mutual suspicion."

Thus spoke Bishop Dudley while interviewed on the O’Reilly show a few weeks before the final verdict in the Brown shooting.

Anger, frustration and chaos boiled over the city of Ferguson for days. Then there were the sympathizing protests across the country, only to break out into more trouble with the death of Garner.

Now, with the assassination of two New York police officers because of (among other reasons) the Ferguson shooting, this makes understanding the causes of the reactions to Ferguson more important.

Bishop Dudley may have given us an important answer: suspicion. He is suspicious of the police’s interpretation (or presentation) of the facts.