Living in Laodicea; Evangelicals and Friendship with the World

By Matthew Woodside - Posted at the Pulpit & Pen: 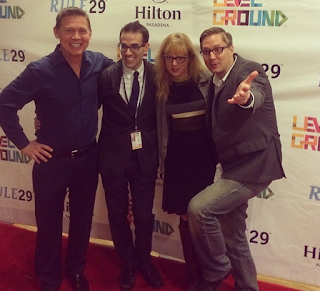 I grew up in the 1980’s in the throes of the Conservative Resurgence (CR) of the Southern Baptist Convention (SBC). The battle for the Bible’s authority and inerrancy was at the forefront of the SBC and every area of the convention felt the impact. I also grew up in the era of Contemporary Christian Music (CCM). In the 80’s, CCM was not played all over the radio, and artists had a different vibe about them. Sure, there were plenty of syrupy songs, but there were also artists who stood up and called the people of God to repentance and to stand for biblical convictions. Steve Camp, whom John MacArthur famously dubbed “Keith Green with theology,” was one such musician. His song “Living in Laodicea” was penned in 1983 and in it Camp called for the church to stop living in the world of compromise:

“For I’ve been living in Laodicea. And the fire that once burned bright, I’ve let it grow dim. And the very one I swore that I would die for, has all been forgotten and the world’s become my friend.”


As I watch social media, as I read blogs, as I hear sermons, as I read articles, the last line in that chorus keeps hitting me, “the world tragically has become our friend.” People I love have embraced the “gay Christian” movement with open arms. My own convention imbibes in worldliness in all forms, playing lip service to the inerrancy of Scripture while in theory denying its sufficiency. Agencies of our convention give to causes that muddy the line between orthodox theology and heresy, and have representatives joining with those who are clearly enemies of the gospel.