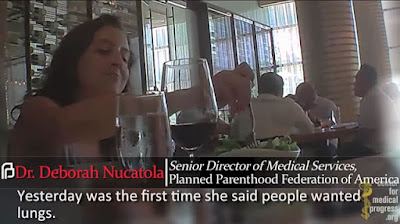 "Planned Parenthood's unconscionable acts are recorded and proven. But it will take a lot of pressure to bring consequences to bear,” said Katie Short, Life Legal's vice-president for legal affairs in a statement. “After these revelations, the first thing every public official should be asked is why a penny of taxpayer money is going to fund any part of Planned Parenthood's work."

In the summer of 2014, two actors, posing as representatives of an organ donation firm, sat down with Deborah Nucatola, senior director of medical services at the Planned Parenthood Federation of America.

The two-hour conversation was covertly recorded by a group called the Center for Medical Progress.

Over white wine and salad, they discussed the details of fetal tissue and organ donations—the cost and the gruesome specifics of how specific tissues are collected.