FEMINISM IN THE REFORMED CHURCHES: 4. The Tactics, In Church 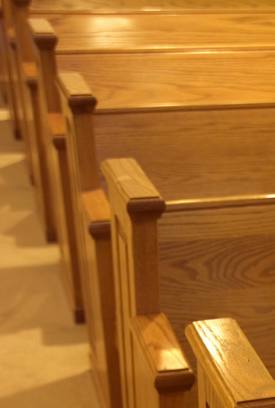 Feminism is on the march against the Reformed churches. We met its leaders, then considered their tactics online. Then last time we looked at two key books, and saw how they set themselves against honesty, truth, nature, and Scripture. Now we consider how the feminists have already breached the city gates, and are wreaking havoc within the walls of the church itself. Our survey will begin broadly, then descend to life in the local church, and in the Christian home.

Much of the broad influence of feminism upon the church has already been discussed. Carl Trueman, Todd Pruitt, and Aimee Byrd are known throughout the Reformed churches for their podcast Mortification of Spin, which together with their blogs is published by the Alliance of Confessing Evangelicals. Rachel Miller’s book Beyond Authority and Submission was published by Presbyterian & Reformed, a well-known purveyor of Reformed theology. Aimee Byrd’s new book was published by Zondervan, and has benefited from their broader reach. It is currently on Amazon the number one new release in Christian Discipleship. If we consider Byrd alone, she is now one of the best-selling authors in the Orthodox Presbyterian Church, and whether she intended it or not, has become to many broader evangelicals a public face of that denomination.

I wish that were an exaggeration. But Byrd is more influential than most realize. She has a following on Twitter nearly ten thousand strong. She has been featured on numerous podcasts (e.g. here, here, and here). For years now she has traveled far and wide for speaking engagements. She has taught to crowds at well-known conservative churches, e.g. Tenth Presbyterian in Philadelphia, Independent Presbyterian in Savannah, and Christ Church Presbyterian in Charleston. She has been featured at her own denomination’s retreat center, and was sent to speak to one of its churches in Puerto Rico. She often speaks to groups of women, but also to groups of men and women, and sometimes to groups of only men: as she explains here, she has been welcomed to advise a presbytery, to teach seminarians on preaching, and to speak at a pastors’ retreat. Besides her speaking engagements, further evidence that her teaching has been broadly received is found in writing. Byrd has written for Ordained Servant, her denomination’s journal for church officers (here), her book against the “Pence Rule” was given high praise in that journal (here), and in the denominational magazine New Horizons (here). In the latter are other positive reviews of books by Byrd (here and here), a piece about her podcasting (here), and one of Byrd’s own articles on making women better theologians (here). Her influence in writing is also seen in the Presbyterian Church in America’s magazine (here), in the Gospel Coalition (here), and in Ligonier Ministries (here and here). Byrd seems to be by far the most influential figure of the women we have seen, but others have made some waves themselves. Rachel Miller, also in the OPC, has joined Byrd on the conference circuit (here), and has defended women teaching in this manner (here).