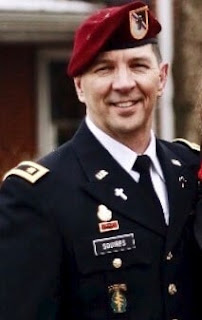 Squires, who had been charged with discrimination against a lesbian soldier who wanted to attend a marriage retreat, handled the situation in accordance with military policy and followed the guidelines of his denominational authority, the Army said.

"This is great news for both Chaplain Squires and all of the military chaplains who are serving our men and women the U.S. Armed Services," said Gen. Douglas Carver, executive director of chaplaincy at the North American Mission Board (NAMB). "It is a significant victory for all who support and defend the freedoms guaranteed by the First Amendment of the U.S. Constitution, especially regarding the freedom of religion."


Squires had been charged with unlawful discrimination and dereliction of duty, and could have faced confinement in a military prison.