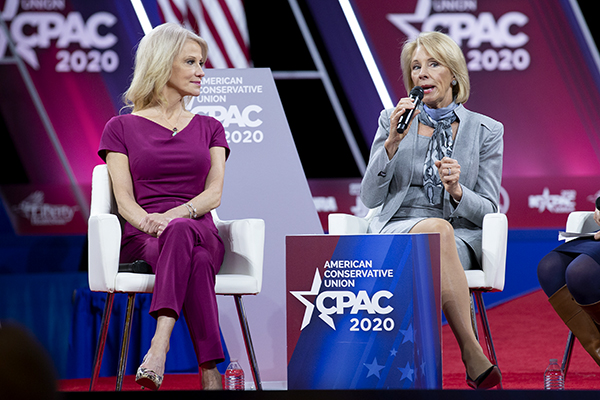 Remember Candidate Trump’s promise to get rid of Common Core? No matter what administration officials say, this is one promise made – promise NOT delivered. Common Core is NOT gone. It remains in every state, in every public school, in every charter school, and sadly in many private and home school programs. Some states pretended to repeal Common Core only to reinstitute it under a different name. Florida may be the first state to make significant progress in a true repeal of Common Core, but that remains to be seen. Additionally, there is risk Florida could lose its Federal education funds if the U.S. Department of Education determines the new standards do not qualify as “college and career ready.”

Common Core remains intact despite the mounting evidence that the standards have destroyed student achievement. Where progress was made pre-Common Core, student achievement is now in decline. For example, before Common Core in Secretary DeVos’s home state of Michigan, 75% of third graders could read on grade level. Now, only 45% of Michigan third graders read on grade level. This is the case despite increased enrollment in charter schools in Michigan, which is the core “solution” to America’s education problems as proposed by Secretary DeVos and Ms. Conway.

US Parents Involved in Education (USPIE) is fully supportive of the idea of putting parents back in charge of their children’s education. The problem is “school choice” and “education freedom” proposals by the Federal Department of Education are actually “choice among Common Core programs” and “freedom to impose federal regulations on real education alternatives.” USPIE also agrees completely with Secretary DeVos that the Federal government doesn’t have all the solutions and the ideas she and Ms. Conway propose are bad ideas.