“UNDER GOD:” UNDERSTANDING ITS REVOLUTIONARY USAGE 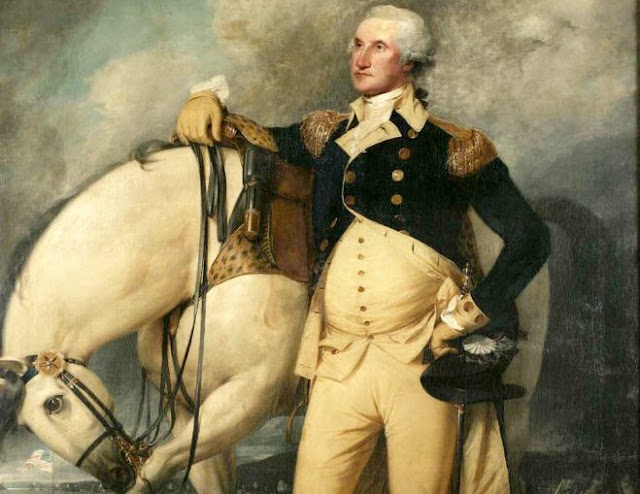 By Brian P. O'Malley - Posted at Journal of the American Revolution:

The words “under God” have been part of America’s fabric since its inception; any school child will recognize the words in the Pledge of Allegiance. But did the Founding Generation use this phrase the same way we do today?

In 1775, Col. Benedict Arnold led a detachment of Continental forces into Canada. George Washington admonished Arnold to respect all the people of Canada, as “the Success of this Enterprize (under God) depends wholly upon . . . the favourable Disposition of the Canadians & Indians.”[1] George Washington often used the phrase “under God.” In his General Orders for July 2, 1776, Washington reminded his troops, “The fate of unborn Millions will now depend, under God, on the Courage and Conduct of this army.” Washington counseled Col. Fisher Gay: “Your own Reputation—the safety of the Army, & the good of the Cause depends, under God, upon our vigilance & Readiness.” In July 1776, Washington observed that the safety of the United States “depends (under God) solely on the success of our arms.”[2]

Americans also used “under God” in their messages to George Washington. Edward Rutledge, one of the South Carolina delegates to the Continental Congress, wrote to Washington, “Our Reliance continues. . . to be (under God) on your Wisdom & Fortitude & that of your Forces.” Asa Douglas compared Washington to Parliamentarian Oliver Cromwell, whose takeover of England led to the 1649 execution of King Charles I. Douglas exclaimed, “Great Cromwell, under God, I rest upon you to save this country from ruin!”[3]

In practice, “under God,” meant “after God” or “other than God.” Depending on the moment, the Revolution’s only hope, other than God, was the strength of the currency, the conduct of the army, or the wisdom of George Washington. In 1777, for instance, John Adams wrote, “The success of our Cause appears to me to depend intirely, under God, on our Supporting the Credit of our Currency.”[4]