Christian University Caves in to the LGBTQ Crowd 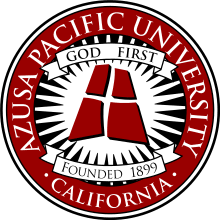 You don't win battles when there is an abundance of white flags in your arsenal. Christian universities haven't grasped that concept. One after the other, Christian schools have hoisted the white flag of surrender regarding their practices, policies, and precepts. That's called apostasy.

Last month, California passed a resolution calling on religious leaders to affirm homosexuality and "transgenderism" and to accept that Christian efforts to help people with unwanted same-sex attraction or gender confusion are "ineffective, unethical and harmful." Eager to please, Dr. Kevin Mannoia, Azusa Pacific University (APU) chaplain and the former head of the National Association of Evangelicals, kissed the LGBTQ ring and genuflected under the rainbow flag by "directing pastors and counselors to reject biblical views of sexuality and deny counseling for those struggling with unwanted same-sex attraction or gender confusion."

And another white flag went up.

Earlier, Azusa had shamefully lowered the banner of Calvary and raised another white flag of surrender after hoisting the rainbow flag of perversion. (Last week, I did a national radio show dealing with homosexuality and perversion, and the host said, "It's been 30 years since I've heard perversion and homosexual used in the same sentence.")