Arrests and Torture as China Wages War on Christians 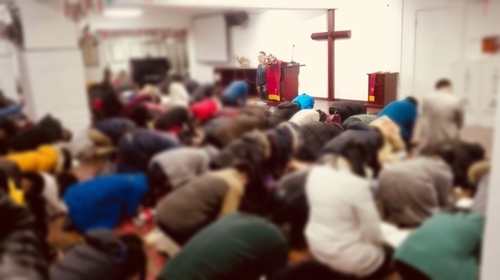 The Chinese government has implemented a crack down on the Church not seen since Mao began his war against Christians in 1949. More Chinese Christians were arrested during the Christmas season. Chinese authorities continue to raid and close churches, arrest unregistered church members, pressure them with round-the-clock surveillance and the threat of detainment. Pastors like Wang Yi of Early Rain Covenant Church are encouraging their congregations to stand strong and to prepare for much greater hardships. See video sermons (below) given by Pastor Wang Yi to his church members before his arrest. Be encouraged in your own faith as well in your prayers for our brothers and sisters in China.

On December 9th, 2018, authorities arrested more than 100 members and leaders of Early Rain Covenant Church, including Pastor Wang Yi as we reported here. He and his wife have been charged with “inciting to subvert state power.”

Three church members who were released described being beaten, deprived of sleep, food or drink and even trampled by police at the station. One brother was dragged after his hands and feet were bound. His body sustained injuries from what he claimed as being tortured in multiple ways.