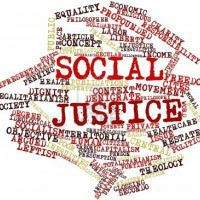 Baptist Press has a piece on the battle brewing over a recently released statement titled Social Justice & The Gospel. As a result, “productive conversations” are now taking place by those in the evangelical community who land on different sides of the social justice discussion. John MacArthur, a conservative evangelical who spearheaded the SJ&G statement, strongly disagrees with Russell Moore, a progressive evangelical who believes that “the Gospel is a Gospel … of both justice and justification.” We shall see how this all plays out.

Amid ongoing discussion of social justice in the Southern Baptist Convention, more than 5,500 people — many of them Southern Baptists — have signed a statement claiming “lectures on social issues” in the church and “activism aimed at reshaping the wider culture” “tend to become distractions that inevitably lead to departures from the gospel.”