Setback for US Pastor Brunson as Turkey Retaliates Against Trump 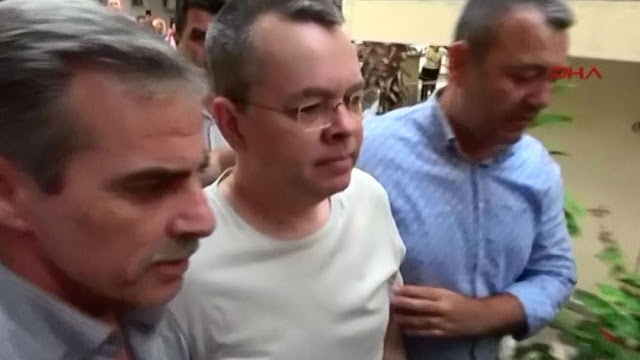 American pastor Andrew Brunson has received another setback as he remains detained by the regime in Turkey.

A Turkish court has rejected an appeal to release Brunson and lift his travel ban.

The pastor is at the center of an escalating spat between the US and Turkey. The US government is demanding that Turkey release Brunson, saying he's being held captive based on false accusations of spying.

The Trump administration has slapped the Turkish regime with tariffs and sanctions for holding the US citizen captive. In retaliation, Turkey is now hiking tariffs on American cars to 120 percent and increasing duties on alcohol to 140 percent. Fruit, coal, and makeup are also affected.