Accusers to Willow Creek: No Reconciliation Without Repentance 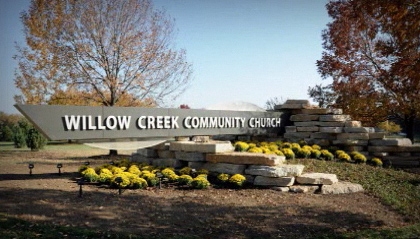 By Megan Briggs - Posted at ChurchLeaders:

Betty Schmidt, who served as an elder at Willow Creek Church for over 30 years, says she will not participate in efforts at reconciliation between herself and the current Willow Creek elder board. Schmidt first expressed her concern over the way the elder board was handling the allegations against Bill Hybels in April. Now she is speaking up again, raising alarm over the board’s choice in mediators to handle the conversation between Willow Creek and the women accusing Hybels of sexual misconduct.

“Before reconciliation can be attempted, Willow Creek elders and leaders must focus and address their own actions and failings, which have been accruing since the unfortunate family meetings of late March and for the four years prior,” Schmidt writes on her site VeritasBeTold. The family meetings Schmidt refers to are the ones the elder board held with congregants following the Chicago Tribune’s breaking a story about Hybels and the women accusing him of sexual misconduct. Until that story was published in March, the broader congregation at Willow Creek (and the broader public) was unaware of any such allegations. Only the elder board and other key leaders of the Willow Creek Association knew of the allegations and the investigation that was underway.