Of Church Names, Christ, And Culture 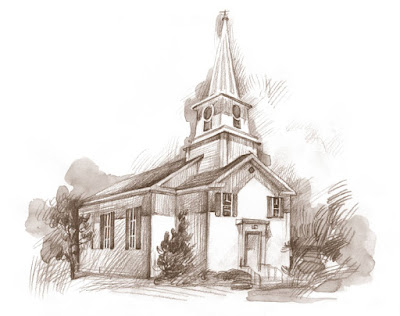 The Foundry, Resonate, Relevant, The Bridge, and Passion City are just a few of the contemporary church names noted by Dennis Baker and mocked by Url Scaramenga in 2010. A search for “contemporary church names” brings up a wealth of resources offering to help entrepreneurial church planters (or church re-branders) make a splash in their community. The Church Venture offers “119 cool church names.” One of the trends in church names noted by Thom Rainer is that they are becoming shorter because of the demands of the internet. A longer church name can leader to a long internet address (URL). The “7 Awesome Church Name Ideas” mocked in the Babylon Bee are virtually indistinguishable from what is already happening. Steve Fogg offers some practical tips for naming a church that might actually lead away from some of the more trendy and even irritating church names.

I have noticed the trend for several years but a recent trip where I was confronted by “The Radiant Church,” “Cross the Line,” and “Crossroads” as church names seemed to call for comment. I thought that this trend was a fad that would fade. It has not, at least not yet is has not. My initial response was to think that it was a matter of taste and that my reaction was due to the fact that I can be a little curmudgeonly. After all we have no record in Scripture that congregations were named. The Apostles wrote to the congregations in various cities. I am not certain when congregations were first named but they seem to have been named by the high middle ages. Most likely this was due to the founding of multiple congregations in a single city.