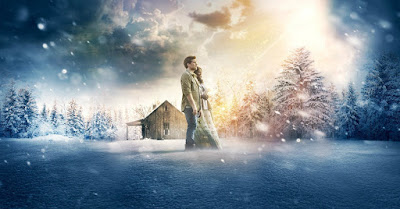 25 In those days there was no king in Israel; everyone did what was right in his own eyes. Judges 21:25 (NASB)


We live in an evil time. There are large numbers of “Christian” leaders who claim to be ministers of God, but prove by their words and actions to have thrown off the authority of God. They do what is right in their own eyes while claiming that they are only following the leading of the Holy Spirit. The fact that what they say or do is unbiblical seems to trouble very few. When some point out the truth to them, they claim that God has lead them to do what they do so it must be okay and those who protest are just legalistic.

The following is the introduction to the book of Judges from the 1560 Edition of the Geneva Bible.

Albeit there is nothing that more provoketh God’s wrath, than man’s ingratitude, yet is there nothing so displeasant and heinous that can turn back God’s love from his Church. For now when the Israelites were entered into the land of Canaan, and saw the truth of God’s promise performed, instead of acknowledging his great benefits and giving thanks for the same, they fell to most horrible oblivion of God’s graces, contrary to their solemn promise made unto Joshua, and so provoked his vengeance (as much as in them stood) to their utter destruction. Whereof as they had most evident signs by the mutability of their state: (for he suffered them to be most cruelly vexed and tormented by tyrants: he pulled them from liberty, and cast them into slavery, to the intent they might feel their own miseries, and so call unto him, and be delivered.) So to show that his mercies endure forever, he raised up from time to time such as should deliver them, and assure them of his favor and grace, if they would turn to him by true repentance. And these deliverers the Scripture calleth Judges, because they were executers of God’s judgments, not chosen of the people nor by succession, but raised up as it seemed best to God, for the governance of his people. They were fourteen in number beside Joshua, and governed from Joshua unto Saul the first King of Israel. Joshua and these unto the time of Saul, ruled 377 years. In this book are many notable points declared, but woe especially: first, the battle that the Church of God hath for the maintenance of true Religion against idolatry and superstition: next, what great danger that commonwealth is in, when as God giveth not a Magistrate to retain his people in the pureness of Religion and his true service.


My brethren, much of what is called Christian these days is not. Even though compromise with the World is preached against throughout the Bible, the pragmatic “Christian,” motivated by relativism and holding a world-view of Man at the center and holding a concept of a remote and nearly irrelevant God, sees nothing wrong with integrating the teachings of the Buddha and Mohammed with those of Jesus or promoting the rank heresy of book The Shack by William P Young combined with the current movie based on the book, both of which pretends to be “Christian.” I have been called a “hater” by some for pointing out, based on the research of some I trust very much, that there are 13 heresies in that book which teaches a different gospel, a different Jesus, a different God than what the Bible teaches yet there are professing Christians who see it as “just a different way to look at God.” That should send chills up your spine.