DALLAS, FERGUSON, AND A CULTURE OF SUSPICION 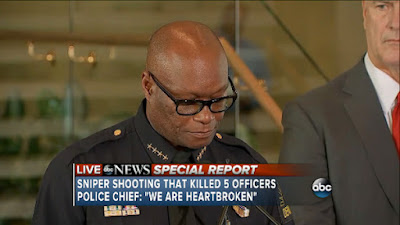 Thus spoke Bishop Dudley while interviewed on the O’Reilly show a few weeks before the final verdict in the Brown shooting.

Anger, frustration and chaos boiled over the city of Ferguson for days. Then there were the sympathizing protests across the country, only to break out into more trouble with the death of Garner in New York.

Then there was the assassination of two New York police officers because of (among other reasons) the Ferguson shooting. Now, after the shootings in Minnesota and Louisiana, more protests arise and then the slaughter of police officers in Dallas.

What is going on?

Bishop Dudley may have pointed us in the right direction: suspicion. He is suspicious of the police’s interpretation (or presentation) of the facts.