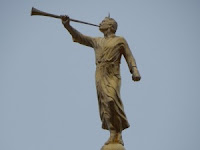 Over at Pulpit & Pen, Seth Dunn informs us that Ted Cruz is surrounded by cultists, knows it, and it doesn’t seem to bother him. To be fair, to get elected, political candidates need financial support and people’s votes. To that end, Marco Rubio, a Roman Catholic, has stated that he “fully understands Catholic doctrine” yet he would have people believe he’s an evangelical. And Donald Trump states that he’s a “Presbyterian Protestant,” that he believes in God but has never asked for forgiveness. Since the sincere Christian understands sin, repentance and forgiveness, Dunn wonders if The Donald is a true a Christian.

But this is not about Rubio and Trump; it’s about Southern Baptist presidential candidate Ted Cruz praying with a cultist. Seth Dunn begins with the following quote:

“I have prayed for the next George Washington. I believe I have found him (in Ted Cruz).” Glenn Beck