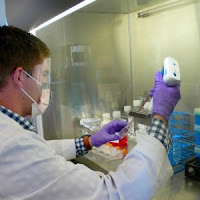 LOS ANGELES — A judge with the Superior Court of California has denied the Planned Parenthood client StemExpress access to undercover videos and documents surrounding officials with the “fetal tissue” company.

As previously reported, StemExpress had been cited during the first video released by the Center for Medical Progress, as abortionist and Planned Parenthood Medical Director Deborah Nucatola had been asked by investigators about the possibility of working out an agreement with the Planned Parenthood headquarters to obtain fetal organs rather than working individually with local affiliates.

“[W]e were approached by StemExpress to do the same thing,” Nucatola explained, but “it’s too touchy an issue for us to be an official middleman.”

The video also showed the StemExpress website, which included an order form for various fetal parts. According to reports, the company makes “anywhere between $488 to $24,250″ from the liver cells of aborted babies.