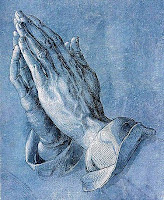 Even though the U.S. Supreme Court ruled last year that Christians have a Constitutional right to pray in Jesus' name at government meetings, one federal judge apparently "didn't get the memo" as U.S. District Judge James Beaty ruled in May that it's unconstitutional for Rowan County Commissioners to pray in opening public meetings. The Commission filed its appeal to the 4th Circuit Court two weeks ago, and since then over a dozen states have filed to support the appeal.