What Abortionists Say In Private

By Bill McMorris - Posted at The Federalist: 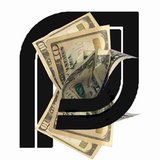 In the recent undercover video about Planned Parenthood selling baby body parts, we discover how honest abortionists are willing to be behind closed doors.

If the revelation that Planned Parenthood is mining aborted babies has taught us anything, it is the degree to which abortion supporters will go to obfuscate what they are really doing. This much has been evident to anyone who has paid any attention to the abortion debate in the past century.

Anyone, however, who watches the full two-hour, forty-five-minute conversation between two actors from the Center for Medical Progress and Deborah Nucatola, the senior director of medical services for the Planned Parenthood Federation of America, can witness firsthand the divide between the how abortion supporters talk in private and how they address one another in-house, the difference between talking points used to win political support from sympathetic modern newspaper editors and the Plain English H.L. Mencken called for in his day.