Ray Comfort: Losing the Next Generation and “Homosexual unions are not marriage...”

Christian Examiner: Do you fear we’re losing the next generation on this issue?

Ray Comfort: We’ve lost them. They’re gone. Homosexuality in the early 1960s was a criminal activity in all 50 states. How this has changed in the past 40 years to the point where it’s glorified, it’s celebrated. However, where sin abounds, grace does much more abound. There’s nothing too hard for God. The Gospel transforms the human heart. We’re past the “sign-the-petition” stage. When you look at all the big companies such as Nike and Microsoft and Apple and Target—all these companies that are supporting homosexuality, I believe we’re even past the boycotting stage. What are we going to boycott next—oxygen? We’ve got to go back and say, “What did the church do in the book of Acts?” They didn’t have their hope in politics, in signing petitions, in boycotting. Their hope was in the Gospel, because if you want a nation to be righteous, you don’t do it politically–even though it’s great that we vote and we elect godly leaders—but our hope is to transform the human heart. And that’s what we want to see: people saved from God’s wrath on Judgment Day. We’re not really out as Christians to clean up America and get it back the way it was in the early 1950s.

You can read the rest of this article online.

You can get the Audacity download today at AudacityMovie.com. 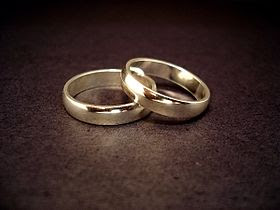 “Homosexual Unions are not Marriage”

Millions across the country are either celebrating or lamenting the recent decision of the U.S. Supreme Court, granting homosexuals the same right to marry that heterosexuals have been enjoying for thousands of years. You can read and share a powerful article on the subject from Ray on the Audacity website.