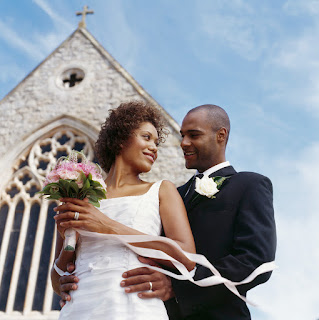 On June 26, 2015, the U.S. Supreme Court ruled to legalize same-sex marriage in all 50 states. This landmark decision was met with both celebration and sorrow as Americans on both sides of the debate voiced their opinions on the decision. A new Barna survey conducted in the wake of the ruling reveals nine key findings that will help make sense of where Americans stand—and what’s next in this divisive conversation.

1. Americans remain deeply divided on the issue.
While there are plenty of demographic groups that lean heavily in one direction or the other, the general population remains divided in their support of legal same-sex marriage. About half of the general population supports the recent Supreme Court decision (49%). Just over four in 10 Americans disagree with the decision (43%) and 7 percent say they don’t know how they feel about it. Americans are split, as well, on whether legalized same-sex marriage will have a positive (37%) or negative impact (40%) on society. Divisions also emerge when it comes to whether legalizing same-sex marriage is morally right (52%) or morally wrong (43%). And similar proportions of Americans believe same-sex marriage is protected by the Constitution (52%) or say it is unconstitutional (38%).

2. However, most agree that legal same-sex marriage was inevitable.
Americans may be divided on how they feel about the decision, but most perceived the decision to be only a matter of time. Six in 10 Americans say legalization was an inevitability (62%). Evangelicals*—a group Barna defines according to their stance on a number of theological beliefs, outlined below—remain an exception: Just three in 10 say same-sex marriage was a foregone conclusion (31%), half that of the general population. Interestingly, a slim majority of Americans reject the idea that the same-sex marriage movement could accurately be compared to the Civil Rights movement of the 1960s (55%).

3. Practicing faith is a stronger indicator than religious identity.
In addition to self-identified religious and denominational identity—Christian, Jewish, Muslim, Mainline, Catholic and so on—Barna Group categorizes respondents into various belief and faith practice segments. Looking at these variances within belief systems, Barna can identify ways in which those who are more personally observant of their faith differ from those who are “legacy” or “cultural” believers. These differences often tend to be significant, and the new findings are no exception. Christians who qualify as “practicing”—those who say their faith is very important to their life and who have attended one or more church services during the past month—differ significantly in their stance toward same-sex marriage from those who self-identify as Christian but do not regularly attend church or prioritize their faith. In this instance, practicing Christians (28%) are far less likely than self-identified Christians (43%) to favor the Supreme Court ruling.