Truth, Power, and Pence at the SBC 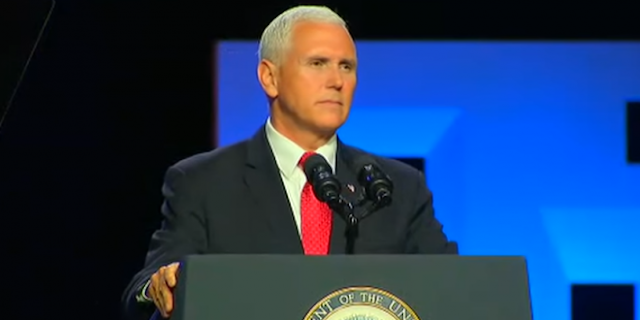 By Jonathan Leeman - Posted at TGC:

I’m sitting here at the Southern Baptist Convention. Earlier today Vice President Mike Pence addressed the convention. We were told he initiated the offer to speak. I wish we had not accepted.

Don’t misunderstand. I’m grateful to God for our nation. I want him to bless it. But here’s a question for my fellow Southern Baptists and evangelicals more broadly: can you name a place in the Bible where God sends a ruler of a (non-Israelite) nation to speak to God’s people? Is the pattern not just the opposite? Moses challenges Pharaoh. Daniel confronts Nebuchadnezzar. John the Baptist calls out Herod. And Paul appeals to Caesar. The biblical flow chart for confrontation occurs in Psalm 2: “Now therefore, O kings, be wise; be warned, O rulers of the earth.” The arrow moves from God’s people to rulers of the nations, not rulers to God’s people. Jonah didn’t invite the king of Nineveh to challenge him. He said, “Repent.”

Permit me to remain neutral on Pence himself. Whether you love him or hate him, reason one our churches and associations of churches should ordinarily not receive political leaders to address their assemblies is that it goes against the pattern of the entire Bible. You never see Daniel asking Nebuchadnezzar to show up at the next worship gathering, or Jesus asking a Roman centurion, even one with “great faith,” to make an appearing at his next sermon to “share a word from his heart.” No, Daniel and Jesus were after something different than were the rulers of the day.