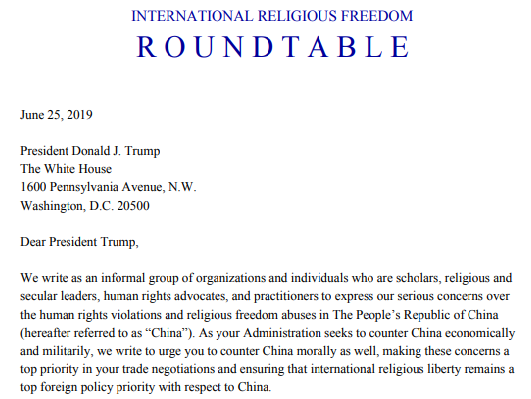 (Washington D.C—June 25, 2019) ChinaAid joins a coalition of human rights advocates, religious scholars, and secular leaders in signing a letter calling on the administration of President Donald Trump to make “international religious freedom a top priority in all areas of American foreign policy with respect to China.”

The letter’s authors note China’s inconsistencies with “international human rights and religious freedom norms, standards, and law” as government officials attempt to “sinicize” all religious practices in the country.