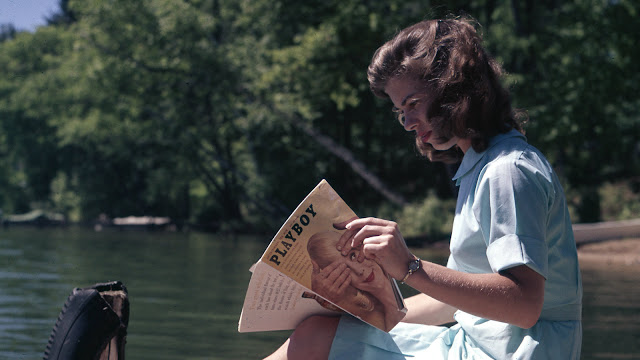 Hugh Hefner, the founder of Playboy Enterprises and its chief ideological incarnation, died on Thursday at age 91 at the Playboy Mansion, immersed in the fantasy he created. He will be buried next to Marilyn Monroe, Playboy’s inaugural centerfold.

In 1953, Hefner pulled pornography out of the seedy back cultural alleys, dressed it up in sophisticated costume and speech, gave it a stylish, debonair set, made it look liberating and libertine, and pushed it into the mainstream as Playboy Magazine. He was not so much a revolutionary as a man who understood his times. He knew the “right side of history” when he saw it. He saw the weakness in the flank, struck shrewdly (and lewdly), and won the cultural battle: the old sexual mores have been decisively thrown down and pornography is pervasive. But at what cost?

Seeing People as Roles, Not Souls

Playboy (and the flood of increasingly explicit material that has followed it through the break it made in the cultural dam) is not an enterprise that exists to celebrate the beauty of the human body or the wonder of human sexuality. It is an enterprise aimed at financially capitalizing on the fallen human bent toward objectifying others for our own selfish ends. It encourages both men and women in codependent ways to view embodied souls as embodied roles in the private virtual reality show we call fantasy.

Hefner and many others have become very rich by objectifying women and turning them into virtual prostitutes — mere bodily images to be used by millions of men who care nothing about them, who ravage them in their imaginations for selfish pleasure and then toss them in the trash. Hefner gave these women the fun name of “playmates,” a wicked mockery of both a person and play, adding a terrible insult to horrible injury.

We call this wicked, for it is. But in calling it wicked, we must confront our own wicked proneness to objectify others and resolve all the more to war against it. We humans have a horrible, sinful tendency to view others as roles — too often expendable “extras” — in the epic moving picture of our story, not souls in the real epic of God’s story.

The fallen human nature, unhinged from God’s reality, seeks to construct its own preferred reality. And it uses other people to do it. Let me use as an example what at first might appear as a harmless, fun song, but is anything but harmless.