Tokens of the Divine Displeasure 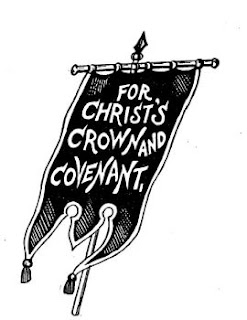 Posted at Christian in Canada:

I recently read a fascinating book entitled “Tokens of the Divine Displeasure: In the Late Conflagrations of New York and Other Judgments” by James R. Willson, D.D. (available on Google books here). In this book, the author sets out to prove a thesis I was taught to mock in public school: namely, the idea that the calamities that happen in cities and nations are not the product of mere chance but rather evidences of divine displeasure on God’s part toward regional and national sins. This does not mean that every individual in a region is necessarily guilty of provoking God, however, for often the innocent have to suffer along with the guilty when divine displeasure is manifested. As evidence in support of his thesis, the author argues that the calamities befalling New York in his time relate directly to that state’s particular provocations against God. Below is a summary of the cause-effect relationship drawn.

In January 1832, a motion was made to abolish prayer in the New York State Legislature, for which clergy were paid a combined total of $750 annually. Arguments in favor of the motion were that many legislators did not believe in prayer, the legislators did not comport themselves in a respectful manner while prayer was being offered, the constitution excluded religion from politics, legislative prayer violated the separation of church and state, the constitution forbade favoring Christianity over other religions, etc. Willson writes,

All these reasonings, if they may be honored with that name, were mingled with malevolent insinuations and attacks on the religion of Jesus, as fanaticism, and unworthy of the countenance of liberal and enlightened men (p 4).