Barna Group: Meet Those Who “Love Jesus but Not the Church” 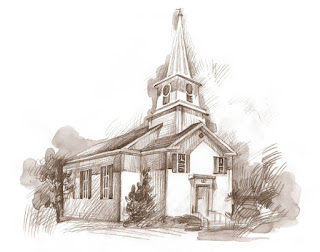 
Despite leaving the church, this group has maintained a robustly orthodox view of God. In every case, their beliefs about God are more orthodox than the general population, even rivaling their church-going counterparts. ...

We live in an increasingly secular American culture. In this new age, religion is in retreat from the public square, and traditional institutions like the church are no longer functioning with the cultural authority they once held in generations past. Today, nearly half of America is unchurched. But even though more and more Americans are abandoning the institutional church and its defined boundary markers of religious identity, many still believe in God and practice faith outside its walls.

This is the first of a two-part exploration of faith and spirituality outside the church. Let’s start with a look at the fascinating segment of the American population who, as the saying goes, “love Jesus but not the church.” (Return next week when Barna will break down the identity of the “spiritual, but not religious.”)

Traditionally Christian—with Exceptions
To get at a sense of enduring faithfulness among Christians despite a rejection of the institutional church, Barna created a metric to capture those who most neatly fit this description. It includes those who self-identify as Christian and who strongly agree that their religious faith is very important in their life, but are “dechurched”—that is, they have attended church in the past, but haven’t done so in the last six months (or more). These individuals have a sincere faith (89% have made a personal commitment to Jesus Christ that is still important to their life today), but are notably absent from church.

According to aggregate Barna tracking data, this group makes up one-tenth of the population, and it’s growing (up from 7% in 2004). The majority are women (61%), and four-fifths (80%) are between the ages of 33 and 70. That is, they are mostly Gen-Xers (36%) and Boomers (44%), not Millennials (14%) or Elders (6%). Though Millennials are the least churched generation, they are also the least likely to either identify as Christian or say faith is very important to their life, explaining their underrepresentation among this group. Elders are underrepresented for the opposite reason—they are the generation most likely to attend church regularly.